Staby originates from Friesland and in particular from the Frisian forest area, a region in the southeast and east of Friesland. The breed has long been known in these parts, but has only become more famous since the sixties outside Friesland. Already in the nineteenth century in various texts (eg Joost Halbertsma, Waling Dijkstra and Nynke fan Hichtum) reported "Bijke" which was described as a "long-haired piebald", including "a child's friend" and a "good hunting dog". The ancestors can most likely be traced to the spanjoel (or spaniel), who had come during the Spanish occupation to the north. There is probably a strong relationship between the Staby, the Small Munsterlander, and the Drentsche Patrijshond. Staby were used for hunting moles, rats and skunks, as a watchdog and as a pest exterminator in the yard and around the house.

THE EVENT IS FULL!

For members 7e/dog and for non-members 10e/dog. Read more & sign up from here.

We welcome everyone who is interested in the breed, to become a member of our club. 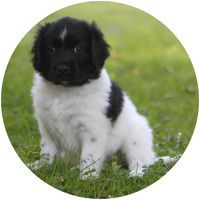 Member, have your contact details changed? If so please update them from here!

Breeders of Stabyhoun Club of Finland

We use cookies to enable the proper functioning and security of our website, and to offer you the best possible user experience.

You can customize your cookie preferences here. Enable or disable the following categories and save your selection.